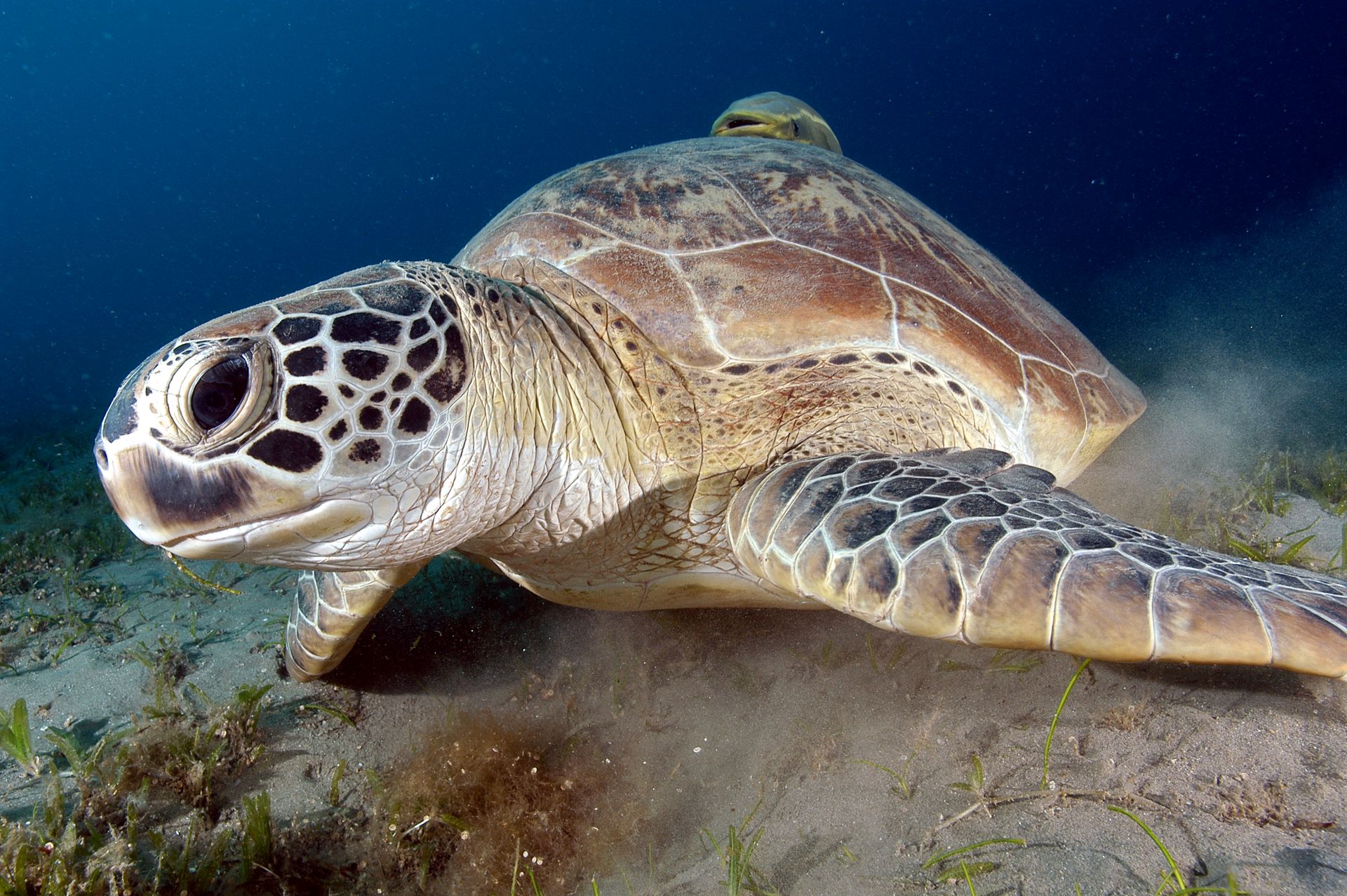 Turtles of the Red Sea

One of HEPCA's research projects, Turtles of the Red Sea aims to gather important data on turtle behavior in feeding and nesting grounds to understand their integral part in the Red Sea environment.

Sea turtles play an essential role to keep the Red Sea healthy and full of life. Green turtles, also known as “sea cows”, maintain healthy sea grass beds which host spawning fish, their juveniles and a great number of other invertebrates like mollusks and crustaceans that are at the bottom of the food chain. Hawksbill turtles feed on corals and sponges and they help to retain a balance between these two populations. This balance has proven to be critical for healthy coral reefs. So sea turtle conservation is not just about turtles, but also about protecting all the habitats they use and that human beings enjoy as well, like the coral reefs. A healthy sea turtle population depends on us and how we use the resources we share with these animals.

Sea turtles are marine reptiles characterized by a streamlined carapace, long flippers and a non-retractile neck. Like all reptiles, they have lungs (so they have to surface to breath) and lay eggs on land. Considered by many as living dinosaurs, sea turtles appeared on Earth more than 100 million years ago and have been swimming in our oceans since. They have remained practically unchanged since they first appeared; however, only 7 out of the 100 turtle species that have been described from fossil records still survive. Sea turtles have a long life-span but their slow growth, delayed age at maturity and low reproduction rate make them extremely vulnerable to every kind of exploitation. In the past century, sea turtle populations declined sharply all around the world mainly because of unsustainable fishing, for consumption and leather, but also because of incidental capture in fishing gears, irresponsible coastal development and marine pollution.

Four species of turtles can be found in the Egyptian Red Sea: the green (Chelonia mydas) and the hawksbill (Eretmochelys imbricata) turtles that nest and feed on the coast; the leatherback turtle (Dermochelys coriacea), called the gentle giant by some, that is rarely seen nowadays and the olive-ridley turtle (Lepidochelys olivacea), the smallest of the turtle species and which prefers to stay far from the coast and, like the leatherback, is only rarely seen. A fifth species, the loggerhead turtle (Caretta caretta), known for its big head, can usually be spotted in the Gulf of Aden but rarely reaches the Egyptian Red Sea.

At present, the International Union for nature conservation lists leatherback and hawksbill turtles as critically endangered, green and loggerhead turtles as endangered and vulnerable are the olive-ridley turtles.

In the Red Sea, many threats to sea turtles come from irresponsible coastal development that destroys nesting beaches and feeding grounds as sea-grass beds and coral reefs; artificial lighting on main nesting beaches that disorients both nesting turtles and hatchlings; garbage and plastic bags which could be mistakenly ingested which provokes a slow and painful death; pollution in the water that is often associated with diseases like the fibropapilloma tumor; irresponsible anchoring that destroys both sea-grass beds and coral reefs; high speed boats and jet-skis that can seriously wound sea turtles and cause death; incidental fishing in particular in industrial trawlers and purse seines.

… all this adversity for such a peaceful looking creature. To safeguard them, The Red Sea Turtle Project created a Code of Conduct in case a turtle is encountered. 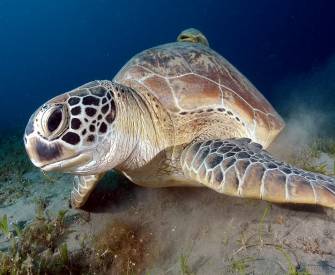