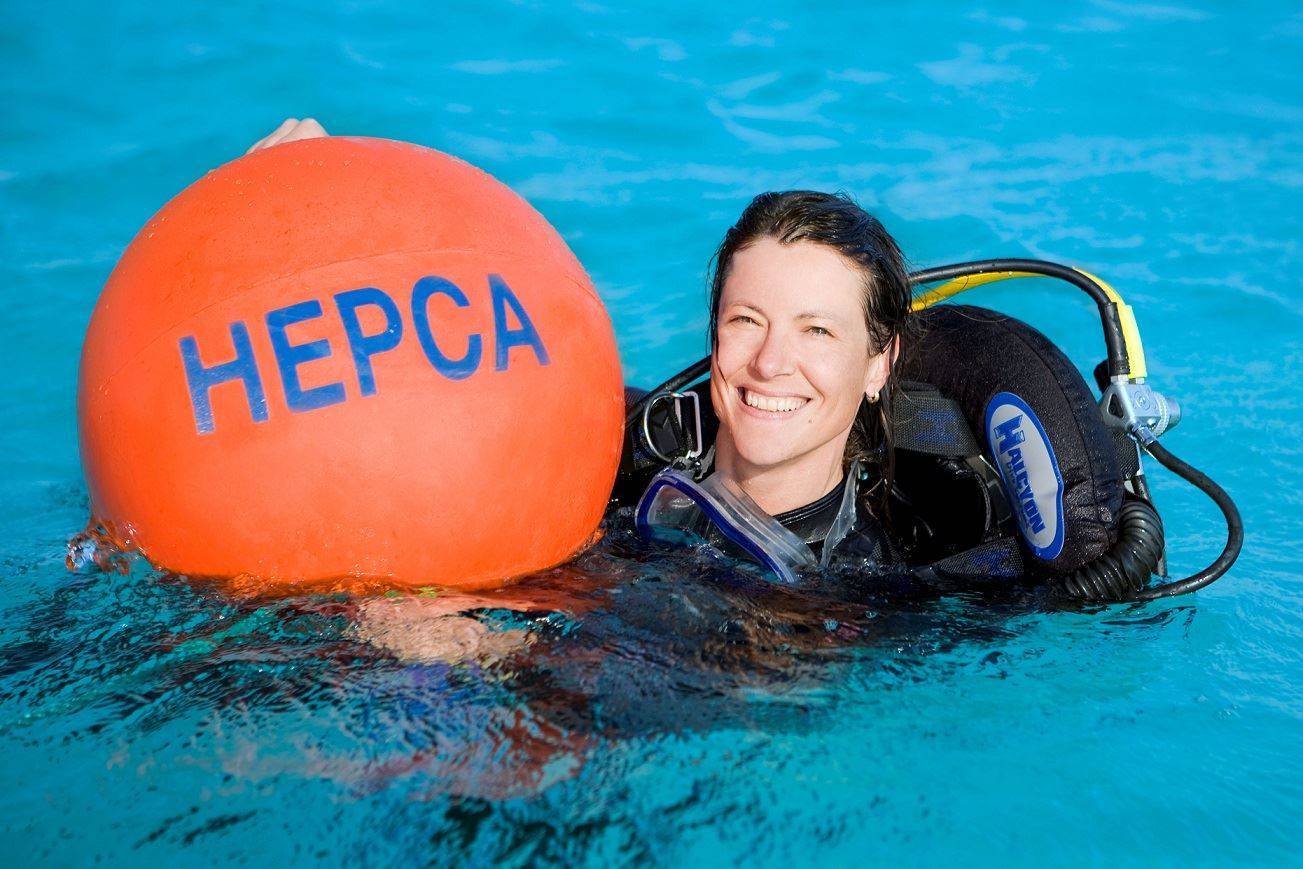 HEPCA is a NGO specializing in the field of marine and land conservation in the Egyptian Red Sea. What began with a dozen of concerned individuals from the Red Sea diving community grew through the years to become a large network of scientists, professional divers, industry experts, and community members who are pro-active in protecting and preserving the natural resources of the Red Sea, as well as promoting conservation and sustainable tourism practices.

As a non-profit organization registered in 1995 with the Red Sea Governorate and the Ministry of Social Affairs, HEPCA is supported by an immense network of members, who assist with funding via membership fees and voluntary donations, and project sponsorship. As well, any project generating income is used to fund other needed conservation initiatives and programs. This is the paradigm on which HEPCA is built.

HEPCA’s multi-lateral approach is a model to showcase sustainable practices through environmental conservation to enhance the lives of the local people and their communities.

HEPCA's mandate is the protection and conservation of the land and marine ecology and the underwater environment of the coral reefs, land eco-systems of the Red Sea and its coastline. Visionary thinking and progressive action underlies HEPCA’s continued role as a vehicle for change.

Every passing day we witness the transforming capabilities of HEPCA’s philosophy, as members within our community and abroad take on a more active role in conservation. Our responsibilities may have gotten somewhat bigger since the 1990's, but we and our members are more than committed to the task.

The fragility of the sea is of great concern as any disruption could create a complete collapse of its underwater bio-network of coral reefs and the sensitive land ecosystems of the Red Sea coastline. The uniqueness of the area spans across great diversity to include but not limited to the integrated land and sea ecosystem of Wadi El Gimal to the distinctive Mangroves that grace the coastline. Wadi El Gimal, a designated national park that covers an area of about 4,770 Km2 of land and approximately 2,000 Km2 of marine waters contains a wide variety of habitats.

Wadi El Gimal reaches from the jagged ridges of the Eastern Desert through a network of sheltered valleys to the aquamarine depth of the Red Sea. It acts as a watershed, over 1,400 Km2, which is one of the largest drainage basins and probably the best vegetated valley in the Eastern Desert. Mangroves, as well, are an important part of the coastal habitat, which occur in patches along the intertidal zone. These unique trees play a vital role in the health of the marine ecosystem and their importance cannot be overstated for the continued existence and maintenance of coastal fisheries, for shoreline protection and for sediment stabilization. The mangrove also provides food and shelter for a large group of marine fish and shellfishes and support a variety of terrestrial wildlife specifically camels.

As a result of the amalgamate that exists within the Red Sea region, HEPCA consistently strives to circumvent any influences which pose threats to its natural beauty and conservation. The negative impacts to the environment have ranged over the years from the expansion of trade through the Suez Canal, increase in tourism development, the accumulation of solid waste and the undeniable effect of climate change on the corals.

The role of HEPCA is neither as watchdog or a whistleblower of organizations or governmental agencies but it is one of environmental stewardship. At HEPCA's core is a no compromise attitude for the future. Our objectives have remained unchanged from day one, working towards the goal of protecting and preserving the natural resources of the Red Sea and Egypt.

HEPCA is a think tank where efforts are based on solution-oriented interventions that range from research to grass-roots mobilization and project management implementation. The team at HEPCA never sits back, watches, and gives commentary on what should happen or not or who is to blame. HEPCA is concerned with the bigger picture - changing the root cause of problems rather than to attack.

Our philosophy lies in intervention to change the situation at the base level; even our research is aimed at developing strategies and codes to be applied. Moreover, HEPCA is vigorous in raising public awareness with activities and campaigns that target the local community, schools, and tourism sector and other service providers for the purpose of environmental protection and conservation. Be a part of our story and join us in the never-ending struggles that confront our Red Sea environment.

Every single person can make a positive difference to the world we live in.
Join us to care for the environment.

We are always looking for new team members who share our passion for the environment.